Our newly signed PUBG duo, Avnqr & PONYRIDEREn were invited to both the first person and third person duo qualifiers at Gamescom in Cologne, Germany last weekend, and did amazingly well. The qualifiers were stacked with great teams, and only a win in one of the four qualifiers allowed you to go through.

In the 3rd person qualifier we came close, but unfortunately only managed a 5th place throughout the four rounds. On thursday the FPP qualifiers began and the duo were ready to show what got them the invite. After several respectable placings it all came down to the 4th and final qualifier, where we took the win after PONYRIDEREn clutched a 1v1. An amazing feat in itself, we were now through to the main tournament where teams like C9, TSM, Liquid and Luminosity waited.

After getting caught early in the first of three rounds and finishing 20th, we changed tactics for the next two rounds which worked right away. Despite losing PONYRIDEREn early on in the 2nd round, Avnqr was able to secure a 2nd place through brilliant positioning and tactics. That left us 6th on the overall leaderboard, trailing Cloud 9 by a significant margin.

Our boys were confident now, and if only both could stay alive during the early game they knew they had a realistic chance of finishing at least among the top 3. Again they displayed amazing awareness, positioning and aim and as the zone closed in and only 3 teams remained we were still in it. As players went down one by one, PONYRIDEREn faced a blazing hot AndyPyro of Method and unfortunately lost the 1v1. As Cloud 9 once again finished among the better teams, it all came down to the final calculation of points. The announcement came and our fantastic result was confirmed, we placed 2nd just behind the Cloud 9!

The greatest prize pool (§20.000) and international result by our young organisation was a reality and the duo were praised high and wide, as qualifying for the main tournament as well placing 2nd was no easy feat! This duo has enormous potential and we can’t wait to celebrate their next great result.

Thank you for all the support throughout the tournament. It was nothing short of amazing! 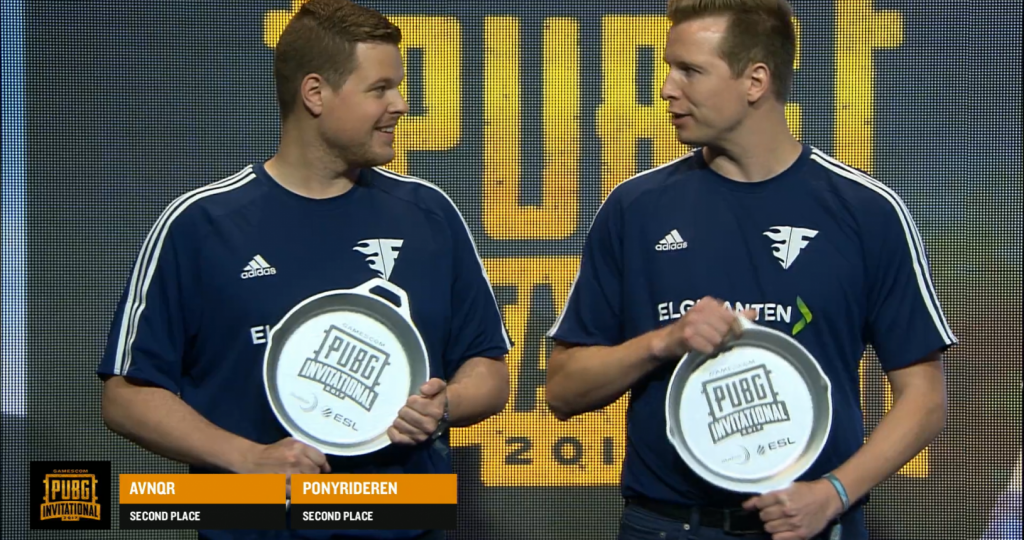