Another week, another 2-0 victory for the League of Legends squad, which places us at the top of the table!
This week’s opponents were Good Game Esport, the only team to beat us in last split’s regular season. So while their roster has seen some change, we wanted to get revenge from that series.

Another week, another 2-0 victory for our League of Legends squad 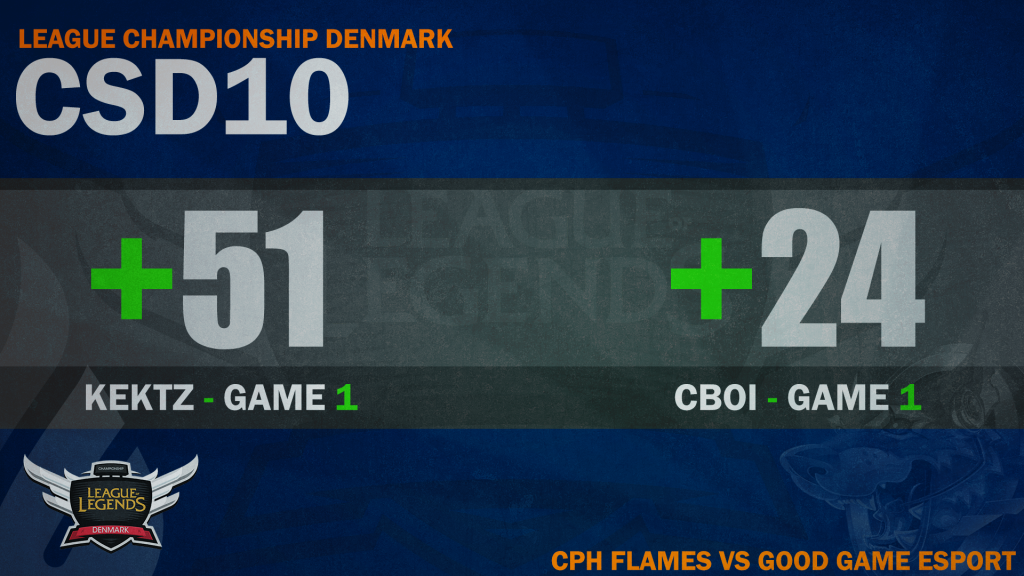 Heading into the game, we knew that GGE have their strong points in the bottom lane, and weak points in the top side of the map. Knowing this, we wanted a lot of the heavy carry champions open out of the ban phase, so we could secure as many carry and skill match-ups as possible in solo lanes.

We especially succeeded with this in the first game as Kektz was placed on Aatrox and Raxon on Akali. To make sure we could accelerate the early game Cboi was on Nidalee – a fast paced jungler that can heavily influence the early laning phase. All while we took advantages topside, we prioritized Ezreal as a safe laner for JensenJR, that despite not receiving any pressure still stayed even versus the GGE botlane. The game took us 24 minutes to close out, and we could move confidently into game 2.

Game two was more shaky with a lot of kills traded back and forth. However, as the game progressed, we got a firmer and firmer grasp. We ended up finishing out the game pre-24 minutes.

Next week we have another shot at revenge, as we face Singularity that beat us in last split’s final. We’ll work hard to be ready for that game as we expect it to be our hardest challenge yet this split.