In our first match we took on Buck’s Vipers, a team that has heavily upgraded their lineup for this split. They’ve brought back two players from the UK scene in Taxer and Chrisberg, while also securing our old player Grisen in the support role.

Our roster also saw a couple of changes, so we knew that we had some synergy building to do before this season started. However, we were sadly thrown an extra curveball. Raxon had some family matters to attend to, which meant we had to bring in academy midlaner Nikolaj “MORRII” Rishøj as a last minute substitute.

MORRII and the rest of the team did an outstanding job huddling together, and making the most out of each other, with the small window of time they had together. In both games we drafted for mid-game compositions with early powerspikes and good engagement. Both games we executed those win conditions for the most part. We did have some hiccups – getting caught in places we shouldn’t – but we will work hard to rid those aspects of our game ASAP.

This split I will be more involved in the project as we are going all in on claiming our first League Championship Denmark title for Copenhagen Flames. 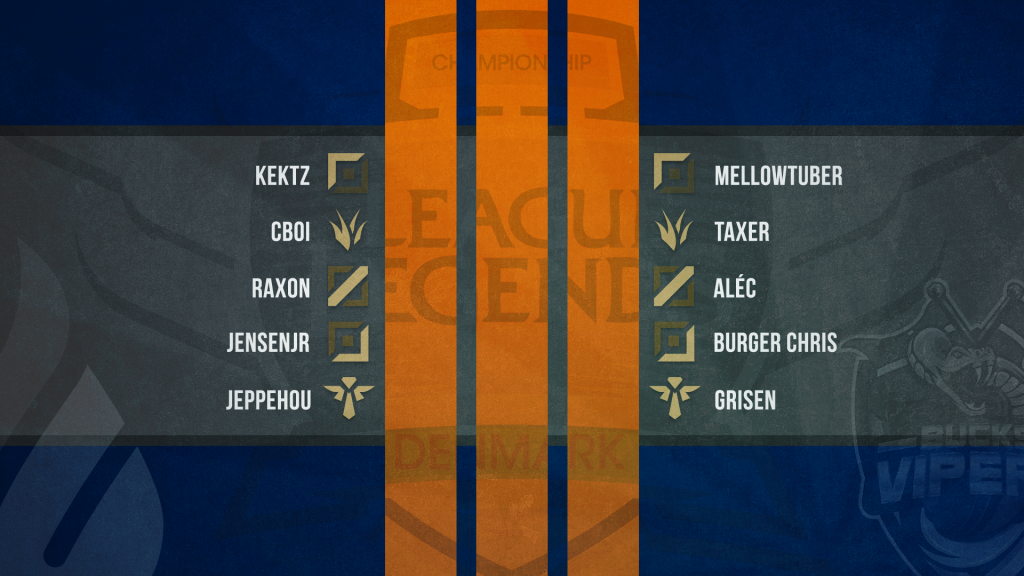 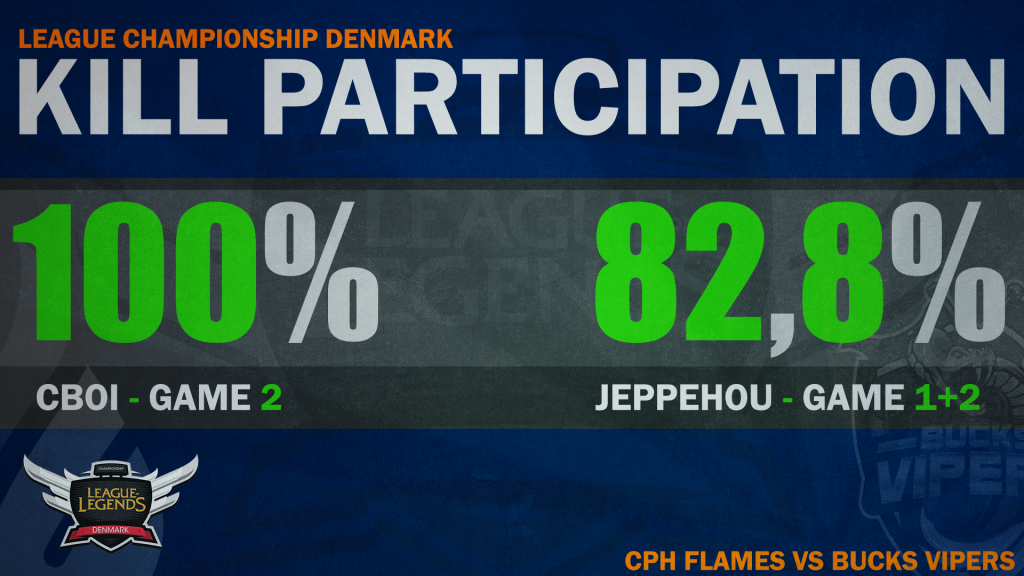 Game 1 saw us fall behind as Chrisberg from Buck’s Vipers got ahead on the Kai’Sa. However; we had great tools for punishing any mistakes he made with Rakan, Lissandra and Kha’zix. A couple of team-fights went our way and we managed to close out the game in just about 39 minutes.

Second game had a big early swing in our favor, as we managed to secure the mid lane inhibitor after only 17 minutes of play. The inhibitor take was set up by a rift herald play 14 minutes in, where we took all 3 mid lane towers after getting a couple of picks.

2-0 in the opening week – against one of the top contenders for the title – is something we can be very happy about. However we still have a lot of work that needs to be done, and plenty of areas where we can improve as a team. This split I will be more involved in the project as we are going all in on claiming our first League Championship Denmark title for Copenhagen Flames.

WHO: vs Wicked Gaming