Heading into our first series of LCD this split; the team already had experience playing together in official matches as we have participated in the DEL. Our most recent match of DEL was Saturday, one day before our LCD debut, a match that would decide if we made it to the Nordic Championships or not. Sadly for us; we lost 0-2 to Fortress – which meant they will proceed to the Nordics and not us.

This team is a long-term project where we’ve picked up players we believe have what it takes to become the absolute best in the Nordic scene in their position.

While not making it to the Nordics Championship was a big blow for us, we knew we had to regroup right away since we needed to be ready for the match against Hillerød Esport. We failed to be ready from the get-go, and Hillerød punished us for it early in the first game; taking a kill lead of 6-1 against us.

Although we stayed even in gold throughout this kill deficit, we have to hold ourselves to a higher standard than giving up that many kills in the early game.

To the teams credit; they played a near perfect game from minute 13 to 28 – giving up no kills and no objectives. They closed it out at 33 minutes without giving up no towers or drakes for Hillerød Esport.

We’ve had heavy emphasis on playing together as a unit – all being on the same page and executing plays that all five members know their role in. I feel like we are getting closer and closer to achieving that, and we showed some good macro in this series.
Game two was more convincing from start to finish except for a few overaggressive plays from Nille, and we finished it out in 23 minutes – once again not giving up any towers or drakes.

Overall we’ve been working on having a good baseline when it comes to macro – understanding every single players role in a macro play, even if it’s on the other side of the map. Playing patiently, and smart, and not succumbing to clown fiestas. I feel like we succeeded with a lot of the things we are working on, now we just have to continue to work hard so we will also succeed with it against tougher opponents.

I want to highlight a couple of players because many in the scene has questioned the pickup of Yung and Kalhira to Copenhagen Flames. I feel like they were our most consistent performers in yesterday’s series. Yung controlled the pace of the game really well, setting up the plays for the team. Kalhira did a great job peeling in game 1 on Alistar and made plays left, right and center when given the Thresh in game 2. 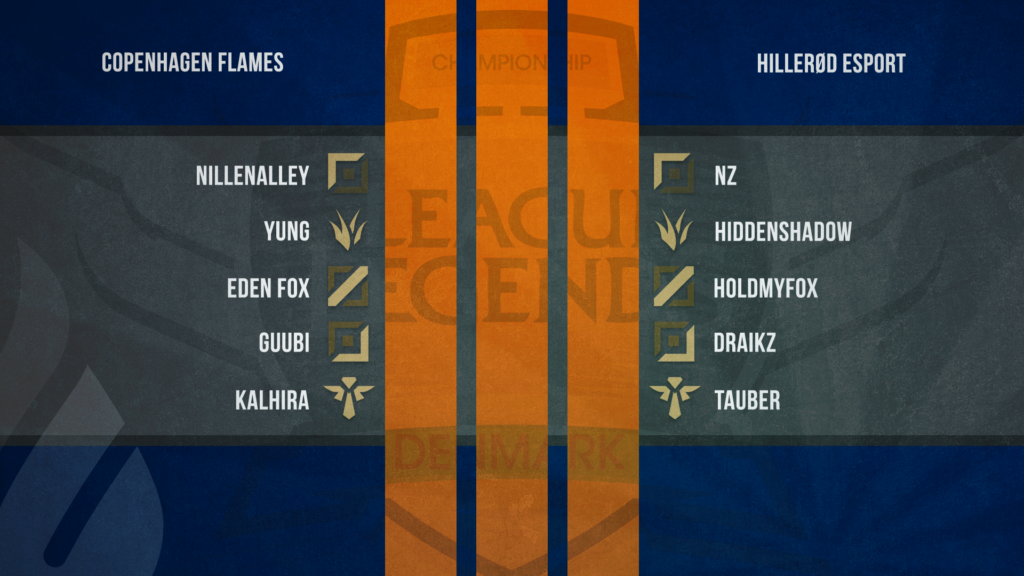 Moving forward we just have to continue to work. This team is a long-term project where we’ve picked up players we believe have what it takes to become the absolute best in the Nordic scene in their position. They are not quite there yet, but we knew that. They are all selected for their attitude, motivation, mindset and high baseline of individual skill.
So far we are on track with the teams development and while not making it to the Nordic Championship was a blow to the team; we will continue to work towards future goals.