Today we announce the departure of Vicky ‘vic’ Dose, as she has chosen to bench herself from our active lineup.

Our Director of Esport, Daniel Vorborg, had the following to say about the departure:
“We are very sad to see Vicky go, as she has been an absolute integral part of our female CS:GO lineup for a long time. She has been part of our club since June 2019, one of our longest standing members. She was a part of our roster winning the GIRLGAMER Esport Festival in Madrid, and also the captain in our rebuilding of a new talented Danish lineup. Without Vicky, we wouldn’t have a female CS:GO roster right now, and we are extremely happy to continue our efforts in this scene – so thank you for that, Vicky.

It’s been a long and hard fought battle building our female roster, going from a winless season in Elgiganten Ligaen, to qualifying for relegations the next. Vicky has always been fighting for the improvement of the team but it was time for Vicky to relax and evaluate her options going forward.
We respect that decision and cannot wait to see what Vicky will do next.”

As a result of Vicky stepping down, Rikke ‘rikkeeeeee’ Friis has also decided to step down from the roster. Daniel Vorborg added:
“In the short time we’ve had the pleasure of having Rikke on the roster, she has made a big impression. The season prior to Rikke joining we didn’t collect a win in Elgiganten Ligaen, and with the addition of Rikke we managed to qualify for relegation. Rikke had a big voice in the team, and it will be hard to find the proper replacement for her.”

As to what the future holds, Daniel Vorborg says:
“There is no doubt that it’s a hard knock to have both Vicky and Rikke leaving the team, as they were some of the big voices on the team. We still believe in the project and the players on the lineup. We’ll take some time to figure out the correct approach moving forward, to ensure the best possible outcome for the players and our club.” 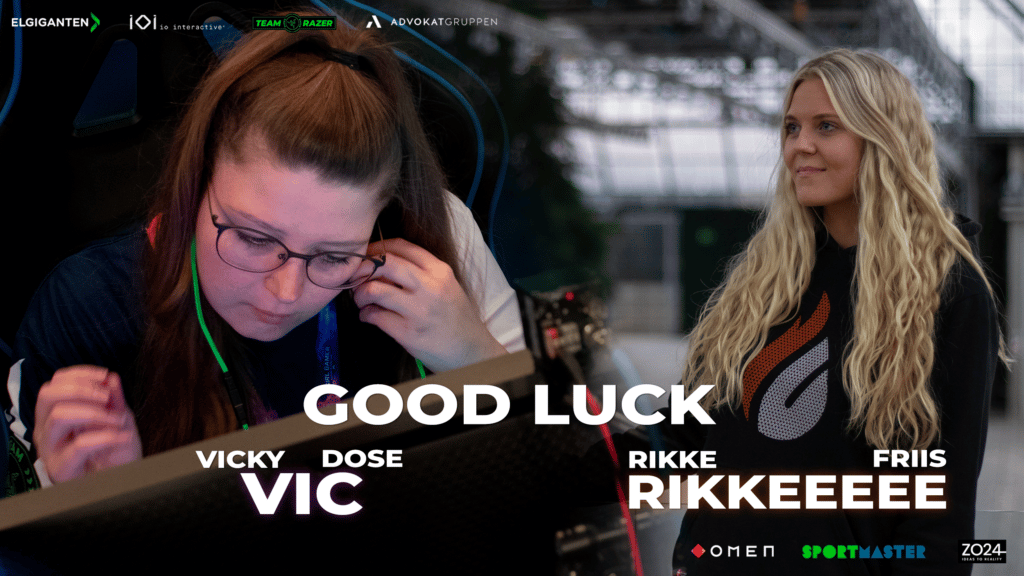