The Grand Final in Fortnite Championship Series is just around the corner and 133 teams from Europe will be competing for glory and a total of $900,000 in prize pool. Copenhagen Flames is represented as our trio team consisting of  leader Zrool and gram and Fickzi advanced to the final stages. We are very excited for our trio’s qualification to the second stage of the tournament. Zrool has therefore provided us with some insights regarding his  expectations towards the Grand Final.

The Fortnite Championship Series is a Battle Royal tournament for trio teams. FCS consists of 3 stages: Stage 1 is an open qualifier that runs over 5 weeks where Champion-ranked trio teams compete. Each trio team gains points in terms of weekly performances and placements. Stage 2, the semifinals, has the top 133 trio teams participating in a Group Stage consisting of 4 heats which will compete either Friday or Saturday 20.-21. of September. The top 8 trio teams from each heat will advance to Stage 3, the Grand Final, which will take place Sunday 22. of September. 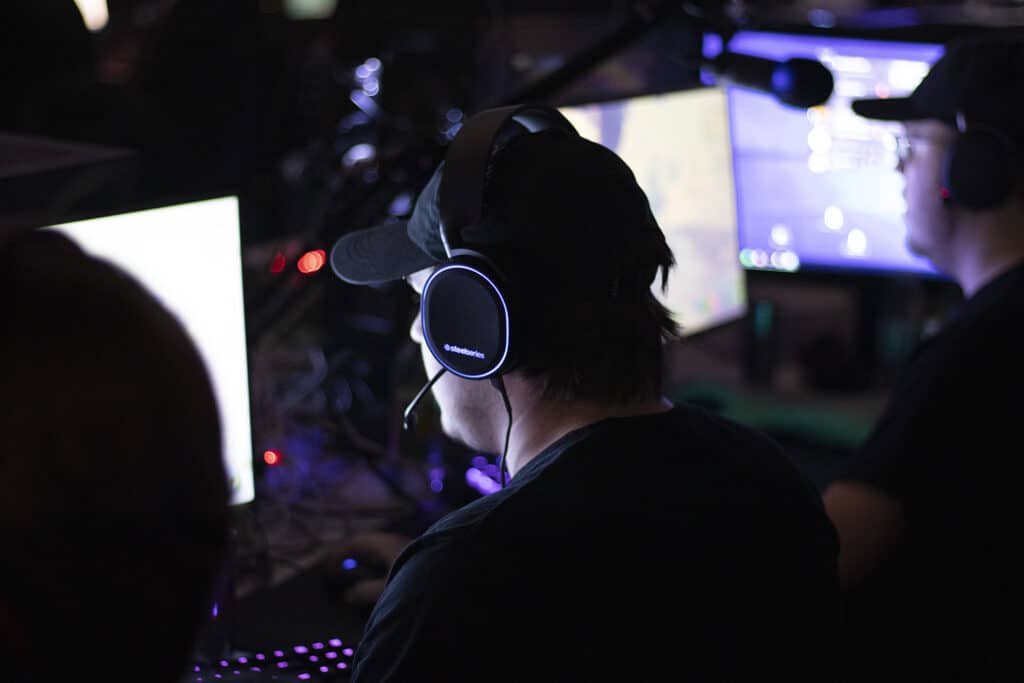 Zrool, the leader of our Fortnite Trio, has played Fortnite from the very beginning. He quickly decided to pursue high rankings on the leaderboard and also participated in global tournaments. Even though Fortnite takes more or less 50 hours of his weeks; he still manages to work on finishing his BA in Finance while working part-time as a bank advisor.

Zrool, gram and Fickzi recently formed a trio and assembled the team with gram and Fickzi right before the beginning of FCS. The fact that our players have less experience together as a trio may have an impact on their abilities to cooperate and understand each other’s strengths and weaknesses. Zrool is nonetheless confident in his team mates and himself:

“Compared to other established trios such as the Fortnite superstars Mongraal, mitro and benjyfishy (who finished Stage 1 with the highest score and rank), we may have a setback because we have only been a trio for such a short time. But to me, it’s not really a problem that Fickzi, gram and I haven’t played that long together, because I’m fully aware of our individual strengths and weaknesses. Fickzi is this young, talented player who always knows when to roam between me and gram. He fulfills his job as the supporting member of the trio who always assists the rest of us. But he still needs to figure out his own goals and what he wants to accomplish as a top-tier Fortnite competitor. gram is just a machine who really enjoys the game for the game itself. He gets many eliminations and that brings us many points. He is really mechanically skilled. I, on the other hand, love the strategic level of the game. I want to analyze everything, make plans for every game that we play and just work my a** off to accomplish the goals I set for myself and the team. I work hard in terms of my studies and my job, but I also put many hours into Fortnite every day because I love the game and just want to increasingly improve my gameplay and role as a leader.”

Zrool is truly dedicated to give his best shot in the second stage of FCS. He knows that everything comes down to which trios they end up competing against in their respective heat this Saturday. According to his own expectations, he knows it would be a disappointing result if they don’t succeed as top 12 in their heat. After all, it’s only the top 8 trios that advance to the Grand Final on Sunday:

“If everything works our way; we will surely be between the top 4 to 12 trios in our heat. No matter what, we will do our best to represent Copenhagen Flames  in the Grand Final!”. 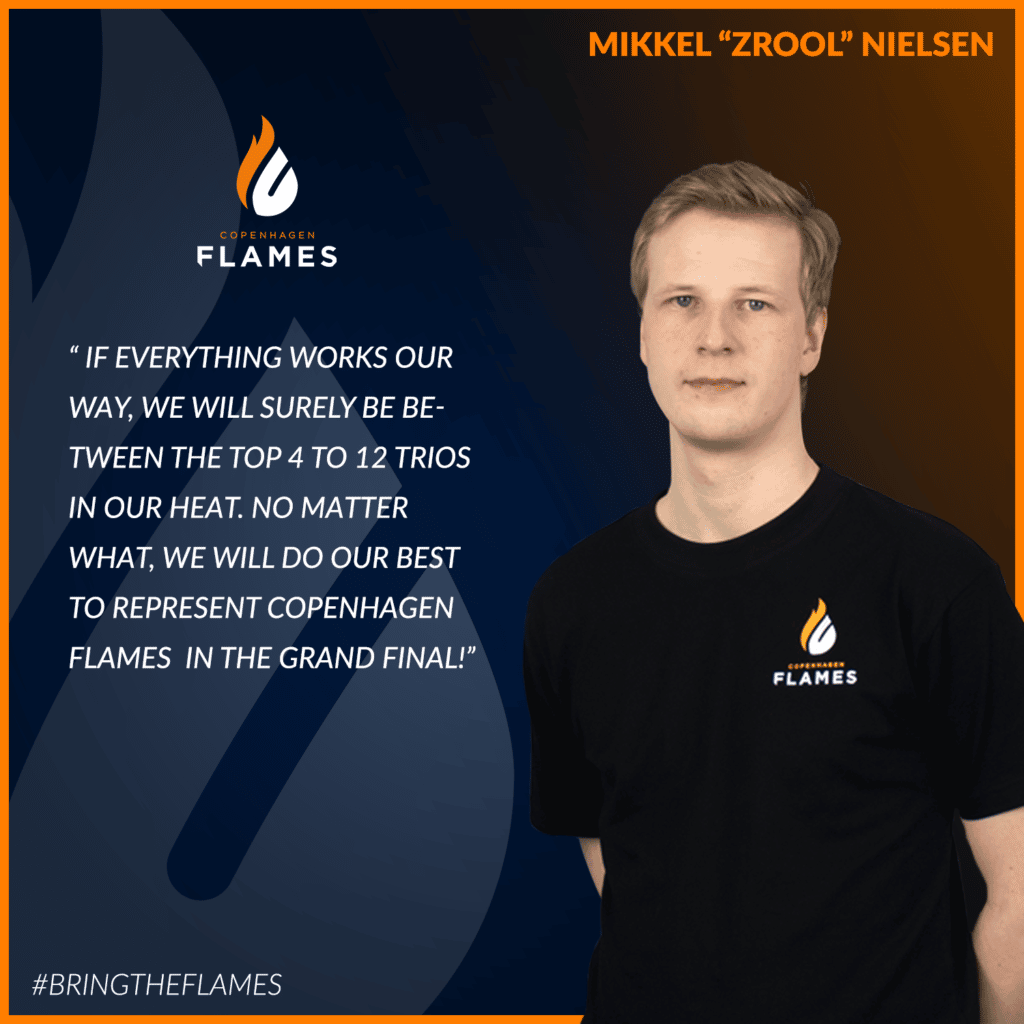 Zrool loves to stream on Twitch.TV and produce highlight videos to his YouTube channel full of spectacular plays!

Go follow Zrool on his social media accounts and channels.