We, in Copenhagen Flames, are excited to announce our new European Scouting Grounds in cooperation with Red Bull. And this year, we are taking things to a whole new level, as we are bringing the show to Copenhagen on the 28th of March!

We’ll be flying in our players, coaches and casters to play on a stage at Copenhagen Games, in front of an -hopefully- awesome audience at the “Bella Center” here in Copenhagen.
The qualified players will have a 4 day trip, so they’ll have time to work with our coaches, be educated by player agents about the professional life an esport athlete, and participate in our media day, where we will produce awesome content on all of our participants!

So how do you qualify to participate in the European Scouting Grounds?
We will fly in a total of 10 players to Copenhagen. 5 will come from our online qualifiers held already on February 20th-21st, and 5 will be direct invites.
10 players will be selected for the online qualifiers through our sign-up form, and after two days of playing on stream, one in each position will receive their spot in the European Scouting Grounds finals.
We only consider players with a rank of Master or Challenger.
You will need to be able to participate on the following dates to be selected:
February 20th-21st
March 26th-29th in Copenhagen (Flights and Accomendation is paid for)

Exact Format
As mentioned 10 players are selected for the online qualifier, and they will compete on February 20th and 21st.
On the 20th the players will be mixed back on forth on teams, as seen in previous Scouting Grounds, for a total of 5 games. By the end of the day, our coaches will draft a team each, meaning we will have set teams ready for the next day.
On the 21st the two teams will battle it out in a BO5, backed up by the coaches. When the BO5 conclude, casters and coaches will vote for one MVP in each role – the winners qualify for the final event.

The trip to the final event takes place on March 26th-29th. Where a BO5 will be played on stage in the Bella Center.

26th: Everyone flies in. Accomodation and bootcamp facilities are provided
27th: Media Day and practice for the 28th.
28th: Final BO5
29th: Travels back home 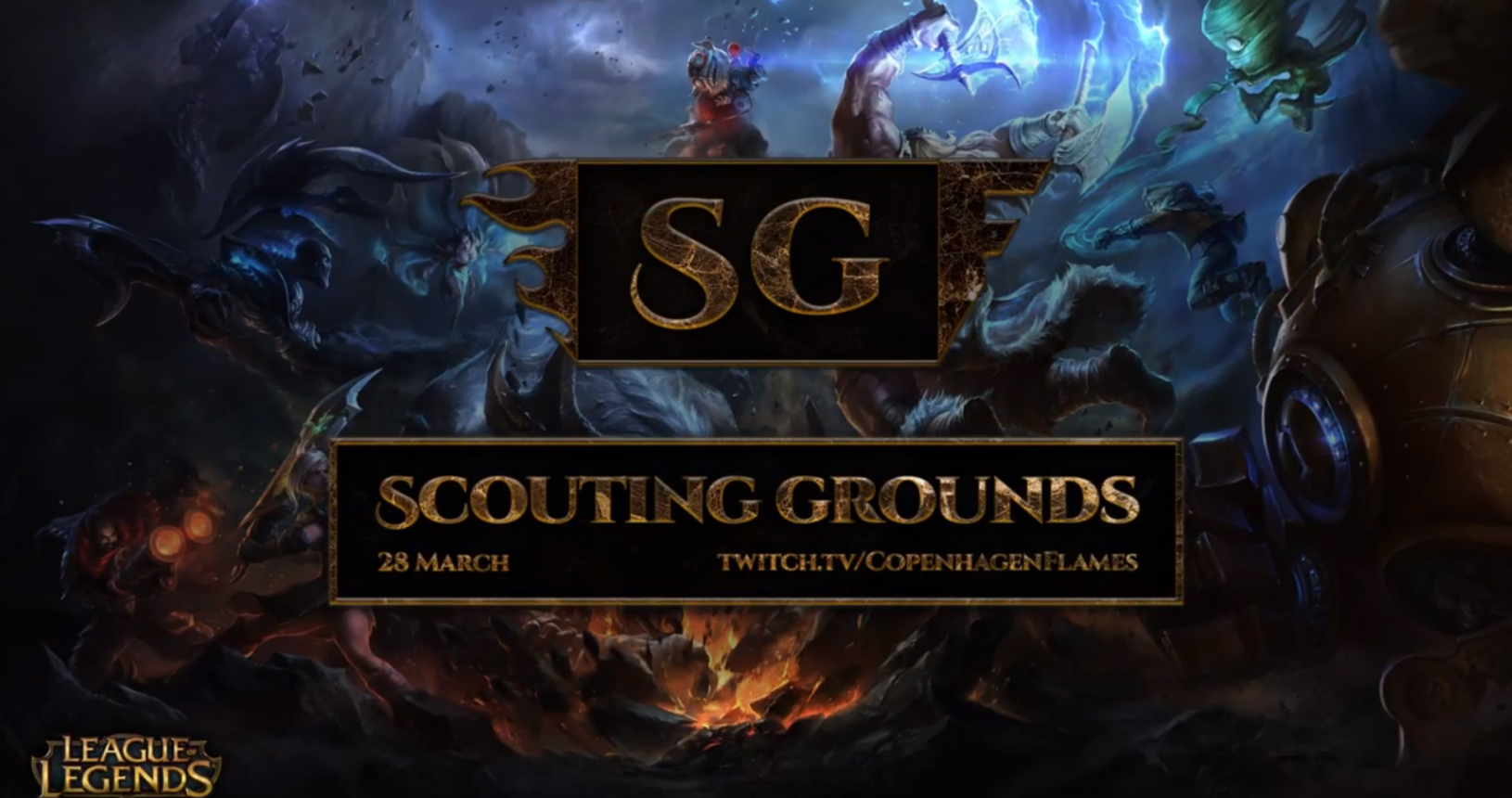