Our first regular season in League of Legends, and in LCD, has come to an end. And result-wise a very good one at that. We set out to be the number one team in the league, and with our 2-0 win over Serpent Gaming we secured that for ourselves. It wasn’t a regular season without bumps. Namely our only loss to GGE was painful, as we wanted to show up the defending champions, and prove that we were the new powerhouse on the scene. Although we did suffer a loss to GGE, we can be happy that our other 6 series all ended 2-0 in our favor. Some of them did see us have shaky early games, and issues closing out the game, but many of them also showed the best team in the league completely outplaying the opposition.

But while we can be satisfied with our placement in the league, and the prize money coming our way, the real test will be in the playoffs. As of right now, we do not know our opponent for the semifinal, but I view all of them to be of similar strength. However GGE does seem like they have an edge on the other opponents, as their core has played together longer, and generally speaking plays the macro game better. That being said, both our drafting and team cohesion has also become better with the addition of our new head coach Mora. He has added an extra layer to our team, and with him in charge of our playoffs run, we are confident. Confident that we will once again prove that we are the best team in Denmark. 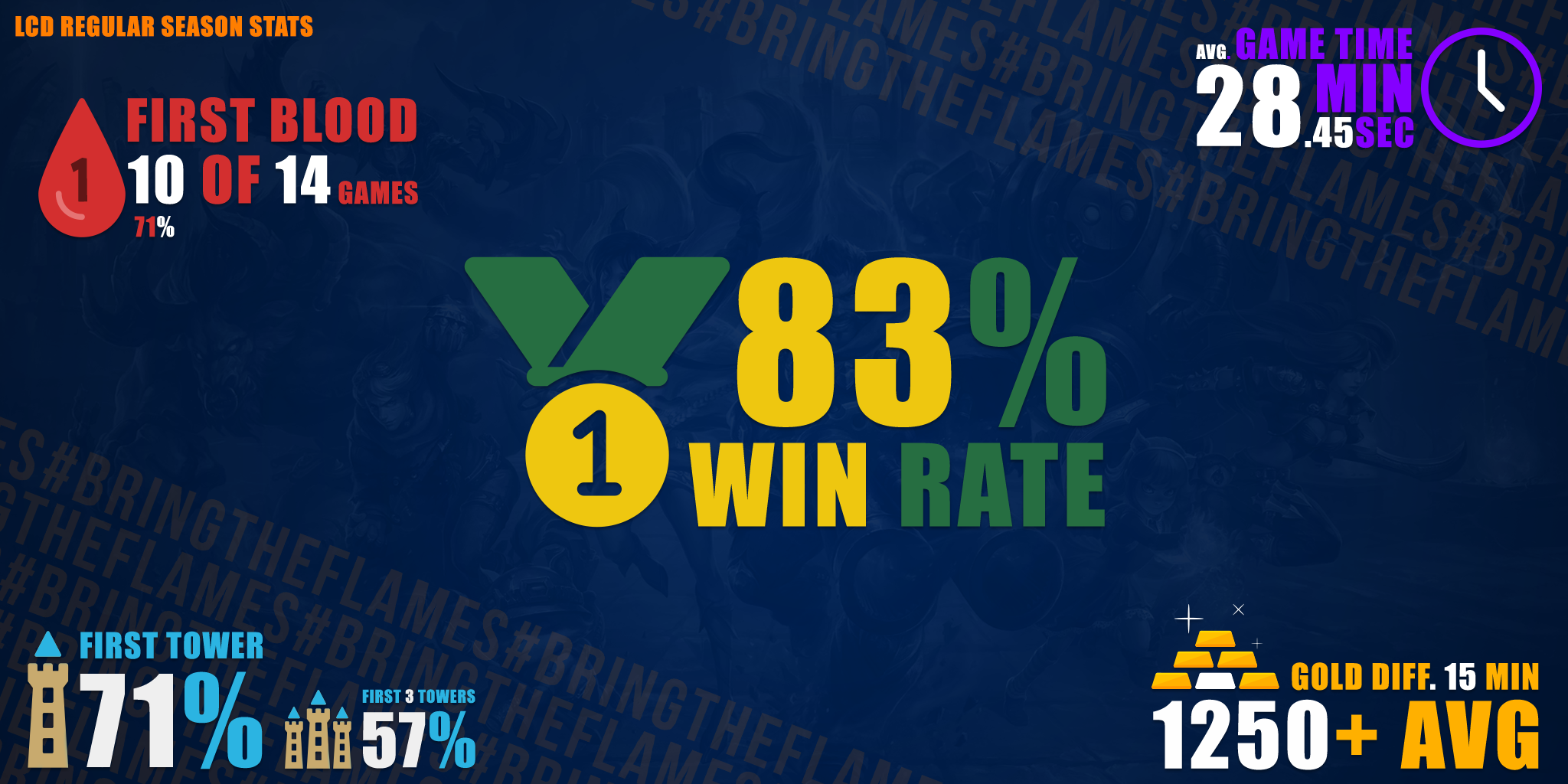