TeSeS sold to Heroic - Queenix set to join our roster.

Director of Esports Daniel Vorborg on the changes.

First and foremost; we can announce a new record sale, as we’ve agreed on terms to send René “TeSeS” Madsen to Heroic. It’s another great feat for our CS:GO division – continuously proving that we can take players and make them interesting to the teams above us in the ecosystem.

We want to thank René for his contributions to our roster, and while he has only been here a short while, he has been part of taking our CS:GO division to new heights. In the past 6 months with René we’ve attended 3 international LAN events, won $50.000 in UML beating ForZe and Sprout and qualified for the Minor. René played a big part in all of these achievements, and his hard work, raw skill, and dedication will be sorely missed. 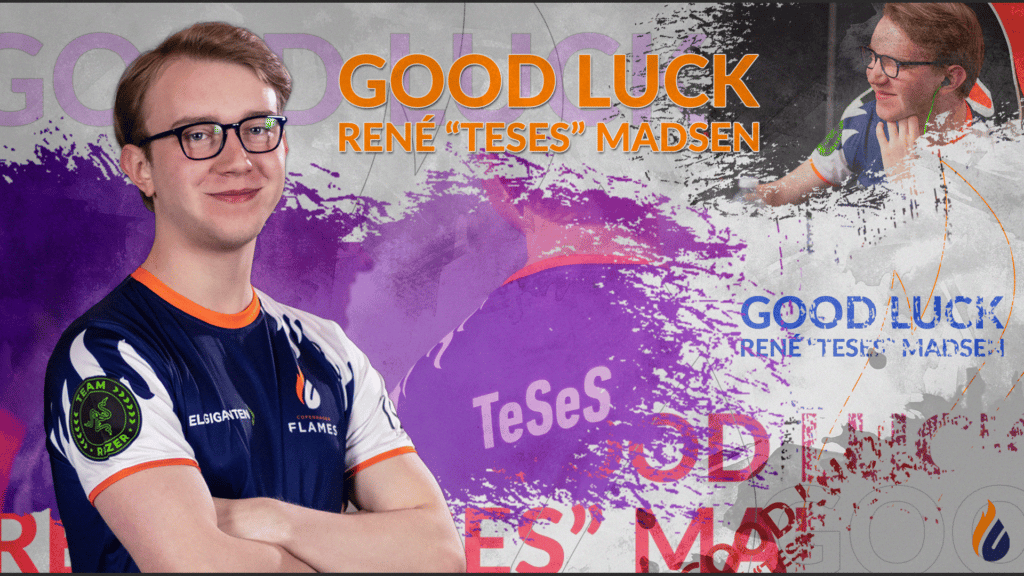 René also had a couple of words on his time with Copenhagen Flames:

“I am extremely thankful to Copenhagen Flames for giving me a chance to prove my worth. I’ve been happy to play with the boys on the team and wish them good luck in the future. Without the boys and the people behind Flames I wouldn’t be where I am today. Now I’m looking forward to taking the next step in my career with Heroic.” 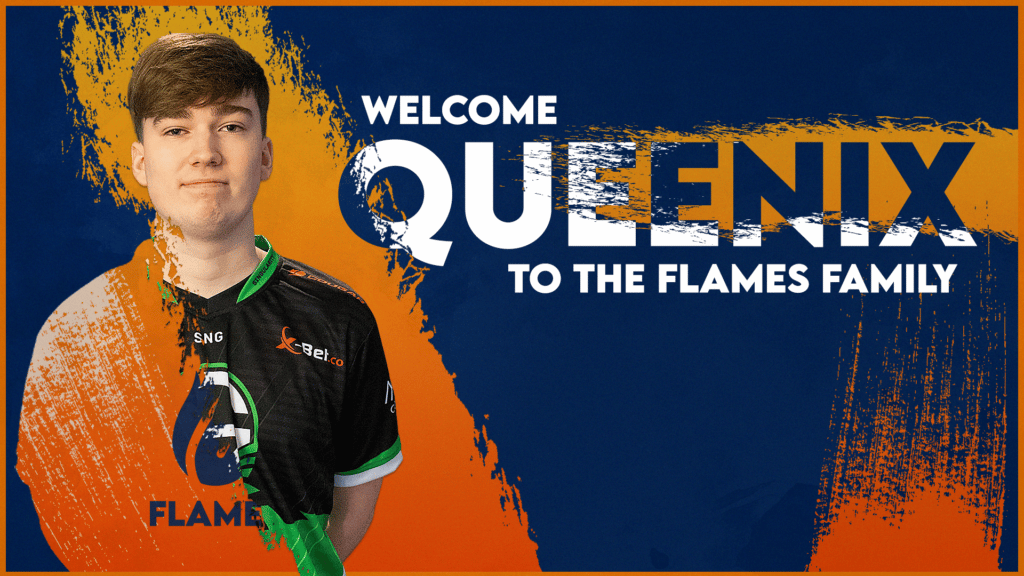 To fill the shoes of René, we’ve agreed on terms with Singularity to bring in Jonas “Queenix” Dideriksen starting tomorrow.
We’ve been aware of the possibility of René for a short while and have used that time efficiently to scout the best suited replacement and we are thrilled to have the opportunity to bring Jonas into the fold. Jonas caught our eye with his impressive performances under the banner of Kinetic, where their new roster surprised most of the Danish scene with their results on the national Danish scene

Jonas then had to take a significant step up, joining the Singularity roster, and we think he has handled that step up in his career impressively. Jonas now has to take another step forward in his career and we believe Jonas to be capable of continuing his amazing development with us, as he will now go full time into CS:GO for the first time.

We believe the strengths of Jonas is his raw mechanical skill, impressive aim and while he is new to this level of play, he is very consistent and rarely costs his team rounds. We will work with Jonas on developing his understanding of the game, and his abilities to use his aim to secure rounds for our team.

While I can understand that some of our supporters are worried about René being sold to Heroic, and what that might mean for our level of play, we’ll ask you not to worry. We’ve shown before that even though we sell one of our integral players, we continue to progress and produce bigger results than ever before. We sold Fredrik “roeJ” Jørgensen to Tricked and continued forward qualifying to our first $100.000 LAN, and reached top 30 on HLTV for the first time. We sold our most experienced player in Asger “AcilioN” Larsen to Mad Lions and qualified for the minor and attended Flashpoint 1 afterwards.

Now we sell René to Heroic, but we do not expect that to slow us down after having had some time to practice. Magnus “Nodios” Olsen has continuously taken more and more responsibility and continues to take on a larger part of our successes. At the same time Ismail “Refrezh” Ali will assume a lot of the roles previously held by René, taking on the more central roles as a riffle player on both the T and CT sides. Jonas will then assume many of the roles previously held by Ismail, but we are making some changes to get the maximum out of composition of players moving forward.